BTHome is an energy effective but flexible BLE format for devices to broadcast their sensor data. Devices can run over a year on a single battery. It allows data encryption and is supported by popular home automation platforms, like Home Assistant, out of the box.

BTHome is part of the Open Home and aims to create smart homes that offer privacy, choice and durability. Learn more about the Open Home.

Open source home automation with a focus on local control and privacy. Automatically discovers BTHome devices and allows users to add them to their home with a single click.

Custom firmware for several Bluetooth thermometer & hygrometer devices that can broadcast temperature and humidity via BTHome.

Use their TelinkMiFlasher.html tool to upgrade your device directly from your browser. Once installed, change the advertising type to "BTHome" and click "Send Config". 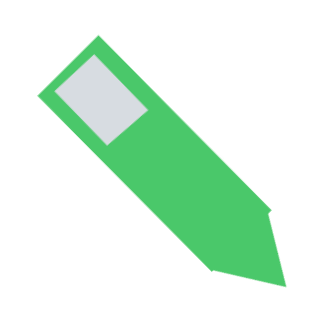 ESP32_BTHome is an example of using an ESP32 to send BLE advertisement packets in the BTHome format in such way that you have a very lightweight, energy efficient sensor. Between the broadcasting of BLE advertisements, the ESP32 will in a sleeping state, making it more suitable for battery powered sensors.

The format can best be explained with an example. A BLE advertisement is a long message with bytes (bytestring).

This message is split up in three parts, the header, the advertising payload and an RSSI value

The advertising payload should contain the following three AD elements:

In the example, we have:

The BTHome data can contain multiple measurements. We continue with the example from above.

Lets explain how the last two data packets work. The temperature packet is used as example. The first byte 0x23 (in bits 00100 011) is giving information about:

Binary sensor data should always be an uint8 of a single byte. It's value should be 1 for on, and 0 for off. Note: Binary sensors will be supported in Home Assistant 2022.10.

You don’t have to specify the mac address in the advertising payload, as it is already included in the header. However, you can overwrite the mac by specifying it in the advertising payload. To do this, set the first byte to 0x86 (meaning: object type = 4 (mac) and object length = 6), followed by the MAC in reversed order. No Object id is needed. Note that the use of alternative mac addresses is not supported in Home Assistant.

Unencrypted BLE advertisements can be read by anyone nearby listening for Bluetooth packets. BTHome supports AES encryption (CCM mode) which works with a pre-shared key. When encrypted, the data can only be read by knowing the encryption key. The encryption key should be a 16 bytes long key (32 characters).

More information on how to encrypt your messages is demonstrated in this script.

The goal of the BTHome standard is to share sensor data efficiently via Bluetooth LE discovery packets. It is not the goal to offer a way for devices to share control.